Cycles is a series of monumental steel outdoor sculptures, each one exploring a different theme.  Each Cycles piece in the series is made up of three patterned disks which intersect to form a spherical sculpture.  I'm currently working to realize these pieces at 96" in diameter.

Cycles 1: Religion represents three different religions, the Abrahamic religions of Judaism, Islam and Christianity. The disks hold each other in suspension, in a way that reminds me of how the three religions have reached an impasse but potentially can exist in harmony. These three traditions have more in common than would first meet the eye. When they aren’t arguing over semantics, all three religions have served their adherents with a set of beliefs that have contributed to the development of civilization as a whole. 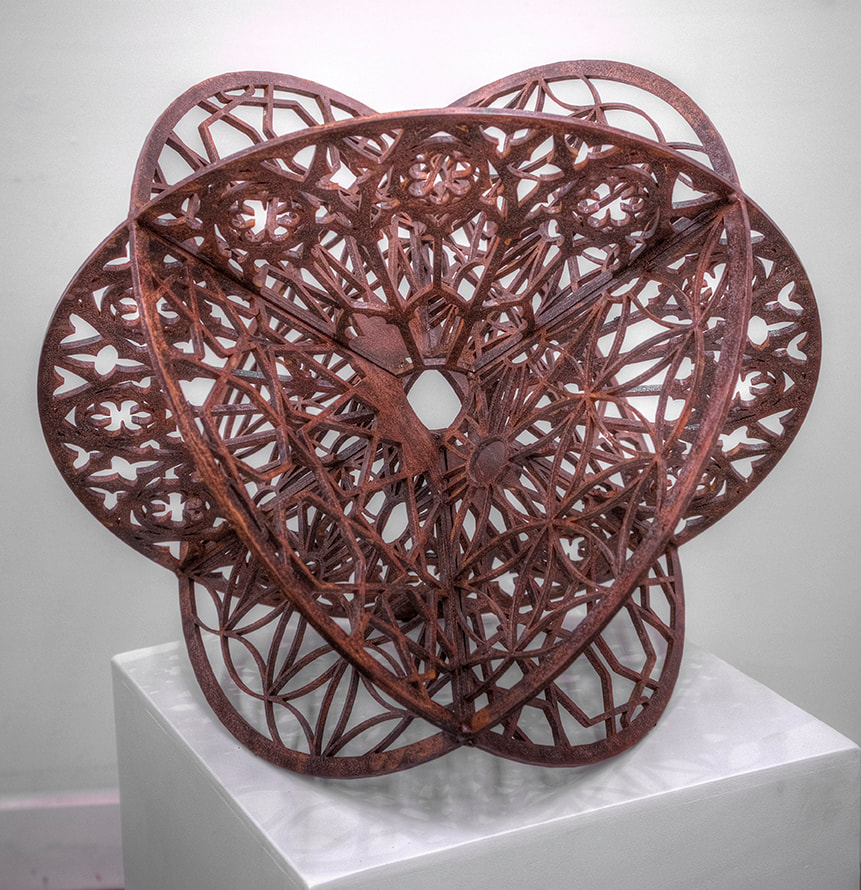 Cycles 2: Science represents three epochs in the history of science. The first disk shows a Spira Mirabilis (marvelous spiral), a logarithmic spiral whose ratio is not only used as a grounding principal in architecture, but is also found extensively in nature: from the spirals of the Milky Way to the chambers of a nautilus shell. I see this as man’s nascent understanding of natural laws.

The second disk is a abstraction of a Dodecahedron, also known as a platonic solid. Plato used the platonic solids to represent the five elements, which described the nature and complexity of all matter. I see this as the beginning of formal classification and the scientific method.

The third disk is an ancient navigational tool, the Astrolabe. In antiquity, “reading” the stars and their fixed, known locations was the only way to circumnavigate the globe. This is a complex tool developed from known natural laws of science. 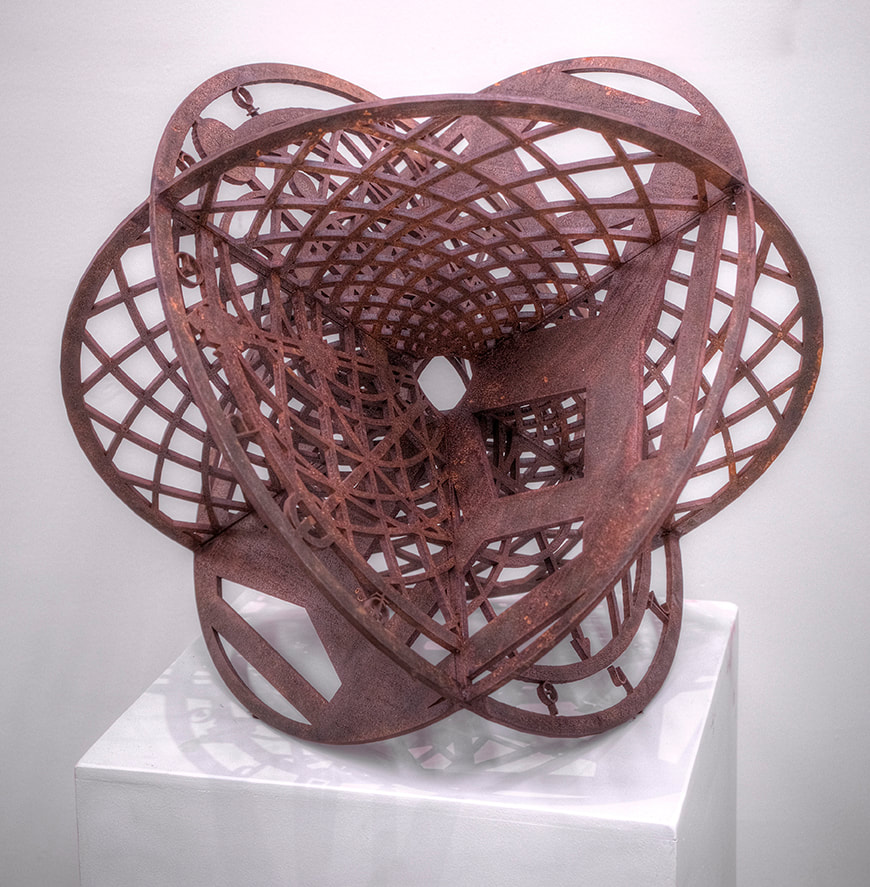 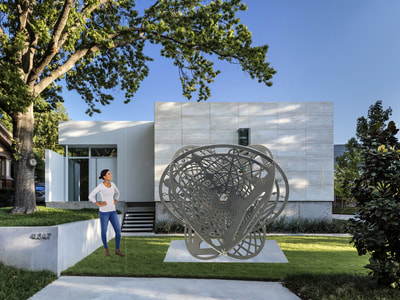 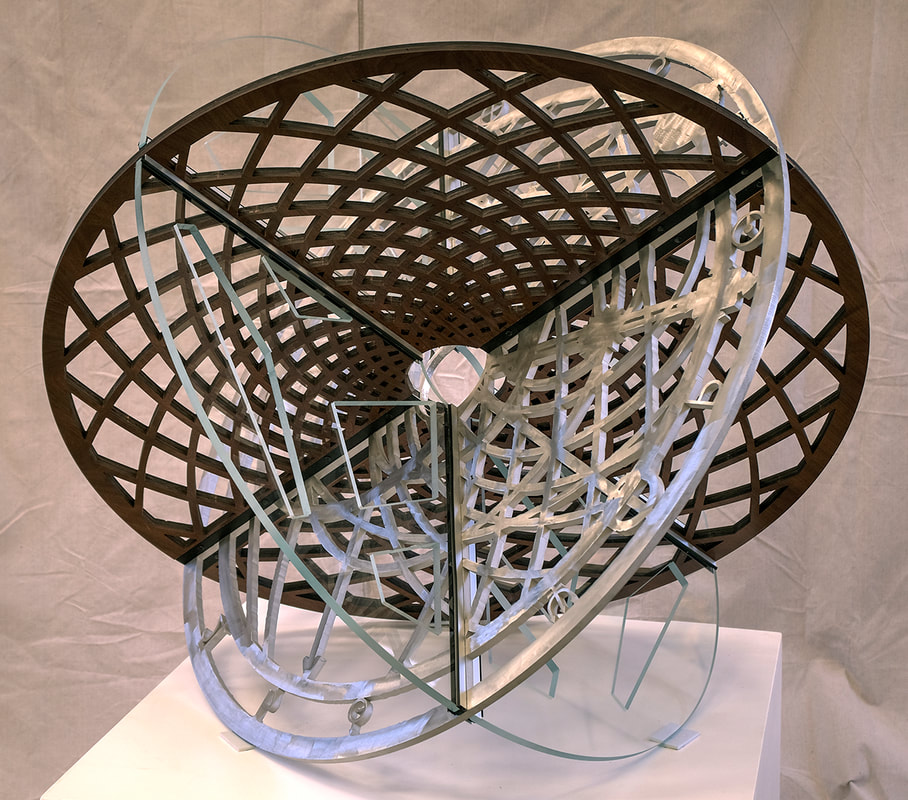 In Cycles 3: Extinction.
I highlight silhouettes of frogs, bees and birds in a lattice gridwork of icons. Birds, bees and especially frogs are all considered to be “indicator species”, and they are all currently in decline due to man-made environmental factors, including climate change.  They are like the “canary in the coal mine” regarding actions taken by humans and the threat to our own species.  These creatures are suspended in the disks just as they are hanging in the balance between industry and conservation. It is my belief that we need to focus our attention on the loss of biodiversity as a clarion call to unified action. 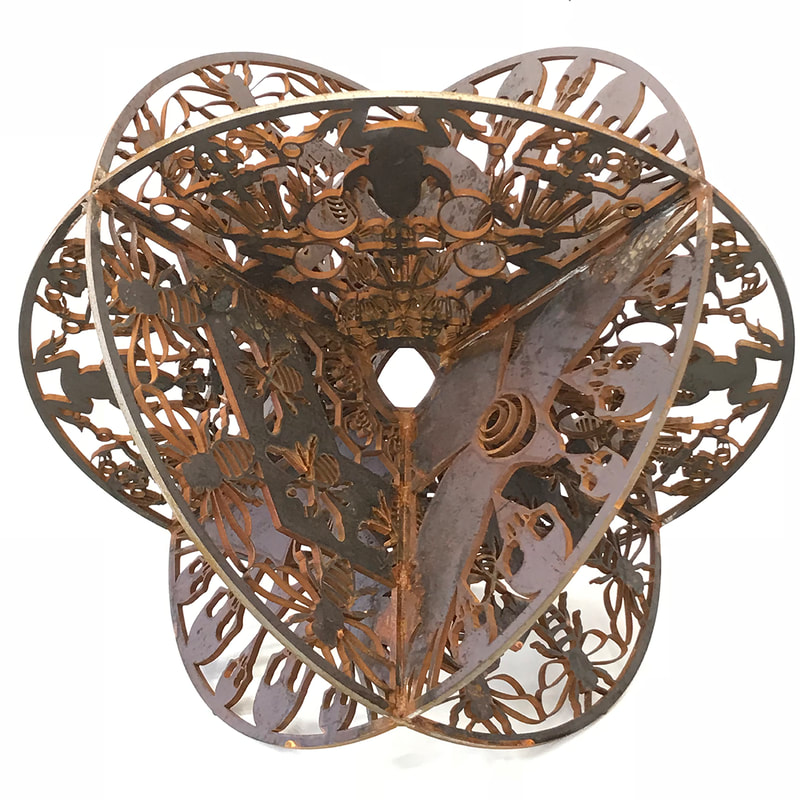 C2WH is 48” high by 120” long by 6” deep, and is fabricated from wood, glass and steel.  It appears as an asymmetrical triptych, three adjoining panels with the three thematic elements successively overlapping and in relief.

The three panels are inlaid and feature several separate layers of handwritten text and formulas.  The intent of these layers are to ground the piece and add structural elements the are inscrutable to the layperson, but recognizable to the trained professional, and include references to Allen Turing, cryptography, and the finite state theorem, all cornerstones of computer science. 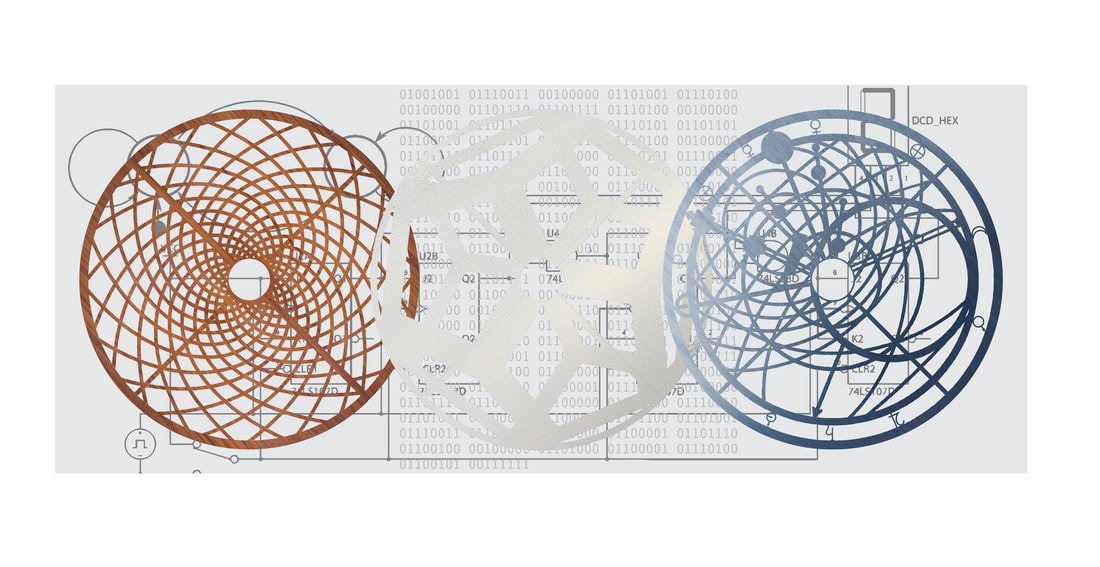