This series is about discovery and surprise, which can challenge our assumptions about the confluence of nature and culture.

I create reproductions of historic sacred sculpture and install them in the wilderness, then shoot documentary landscape photographs of it. So far I’ve placed 10 pieces in 5 different states. I have shot them on film and make available reproductions in a panoramic format, as well as a variety of formats.

Since I was a small child I have been fascinated by photographs of people visiting the ruins of ancient civilizations. I felt that they gave me a glimpse of not only the lives and culture of bygone peoples, but also of our place in history. As Early North Americans left few relics or stone monuments, we have no decaying remnants of past millennia to remind us of the eons come and gone. This can lead to deep hubris and a short memory.

I source original iconic historic sculpture from classic civilizations around the world and recreate them in oil clay, about 5′ tall.  Then I make a multi-part mold and cast multiples–five of each–using traditional english cast-stone techniques.  I then search for the perfect spot in the public wilderness, away from roads or trails so may I hide them in plain sight in the middle of nowhere.  Then I gather a crew of 5, and we haul it overland (with no motorized vehicle) to the site and erect it.  They weigh 600lbs apiece.  I then camp out for a several days and awaken before dawn and stay after dusk to capture a documentary image on film.

My intent is to create an opportunity for discovery; a single moment of surprise that can spark someone’s wonder and give one pause for thought. Hoping to awaken the historic connection between culture and nature, I borrow wilderness to reinterpret it as sacred space. Ultimately I am setting the stage for personal discovery and revelation.

They are sited in tranquil yet dramatic wilderness areas like ridgetops, caynon cliffs, forest glades and desert valleys, with no fences or human habitation nearby. In time I see nature reclaiming each piece, enveloping it and claiming it as her own; enhancing the impression of timeless repose.  The first two sculptures, a falcon of Horus and a pillar of Shiva, have been installed at 10 locations in 5 states.

I hope that these monuments to the past—and the photographs that bring them to a wider audience—will give viewers reason to pause and consider their own place in the wider scope of time and history. We must not forget that our generation is the caretaker of a thousands year old civilization which has distilled the greatest ideas of history. My favorite expression is: “Be humble; a lot happened before you were born.” I believe this series explores this statement and can give us all perspective on who we are, where we are going, and why.

In the summer of 2014 I revisited all of the installation sites to re-document the installations.  My goal was to capture them--if they were still there--at different times of day and night, from different angles and in different lighting and weather.  I realized several portfolios from that trip.
This series of images tiles up to 40 separate images shot from a static tripod, yet captures multiple angles, with a 50mm lens.  I processed them to strip them of color, which can be distracting, instead highlighting the texture and feel of the sky, grass, & rock surrounding each piece.

These images were shot at night with long exposure, capturing the earth's rotation on many.  I lit the pieces with a flash from below

These images were shot at night with long exposure, capturing the earth's rotation on many.  I lit the pieces with a flash, and used cyan, magenta and yellow glow sticks to add a layer of elemental symbols to the composition and I focus those symbols by screenprinting them in metalic bronze, silver and gold.  Finally, I add sacred geometry symbols with a corona of universal languages: math, music or prayer.

These images I made from a static tripod turning 360 in a circle to give a feeling of the entirety of the space surrounding each piece.
These final images capture each piece at other times. 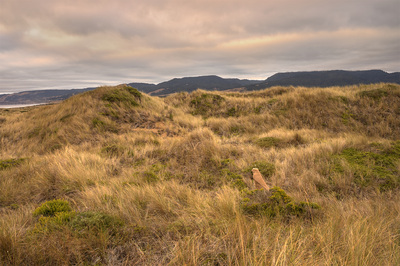 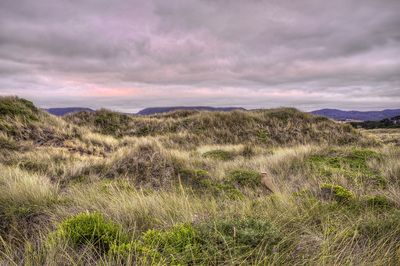 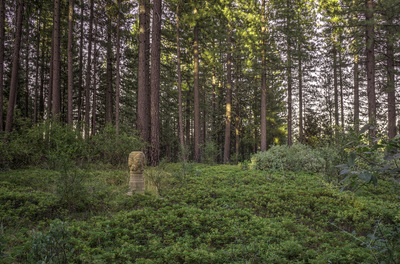 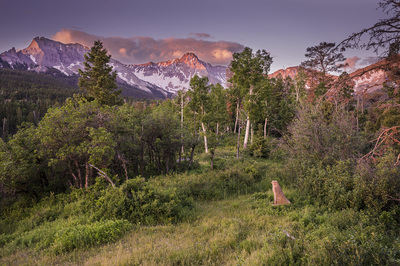 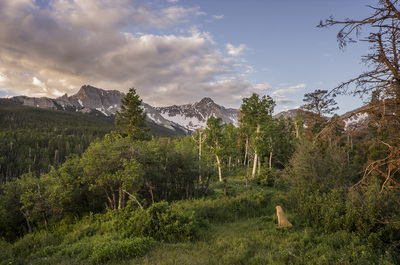 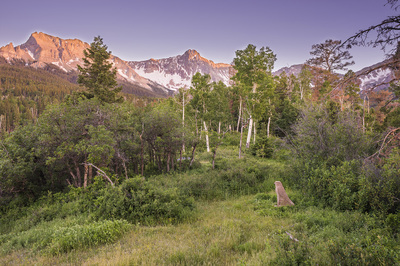 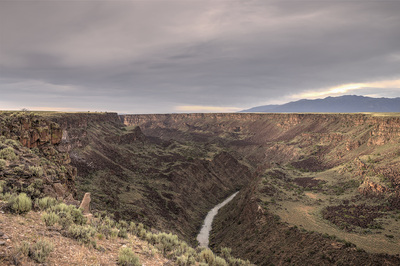 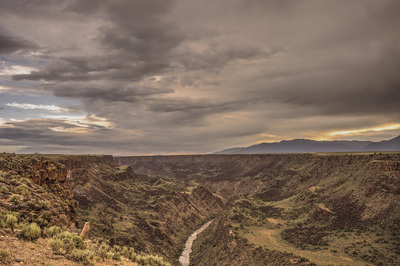 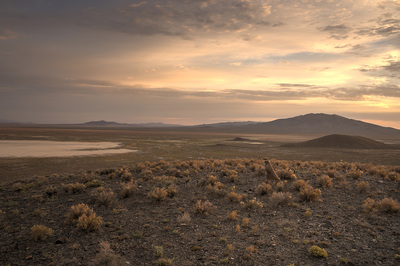 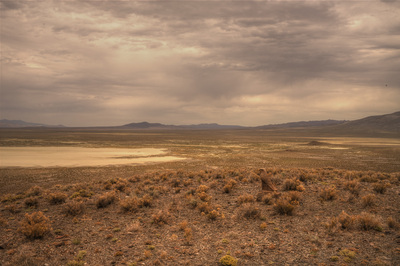 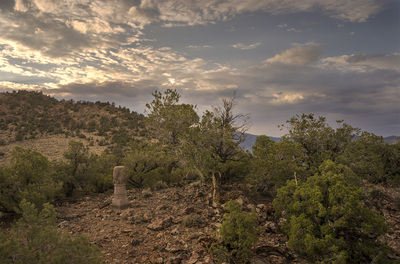 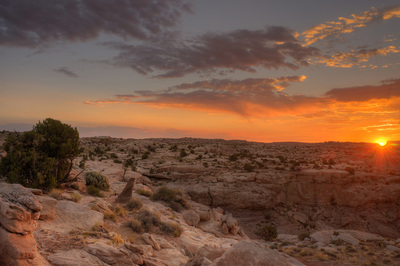 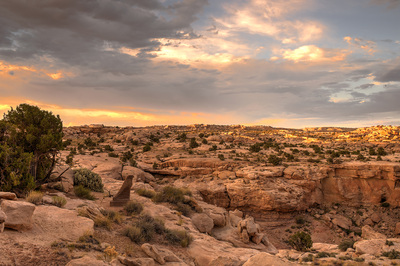 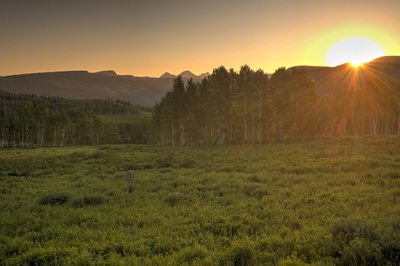 As I revisit each installation I shoot documentary video of the approach, terrain and surroundings.