“Futurity” is a series of six 72” x 72” digital collages with gold leaf on canvas.  They are based on themes inspired by the comedic parody of the French Enlightenment.  It picks up on the desperate, sly-yet-pointed humor, where if you didn’t laugh you had to cry, which ultimately led to the bloody overthrow of the French monarchy.  Flowers surround the central icons of Roman gods who play out the themes from “The Nihilist”, to “The Capitalist”.  Each piece is set in an idealized sky and is studded with an array of icons ranging from the literal to the absurd.
"Hassen’s Futurity series acts as a kind of tongue-in-cheek set of talismans--rich visual landscapes that collapse time and culture to reinterpret our contemporary socio-political moment and prompt a rediscovery of our own place in the continuum of life."
--Amy Owen, Curator McEvoy Art Foundation 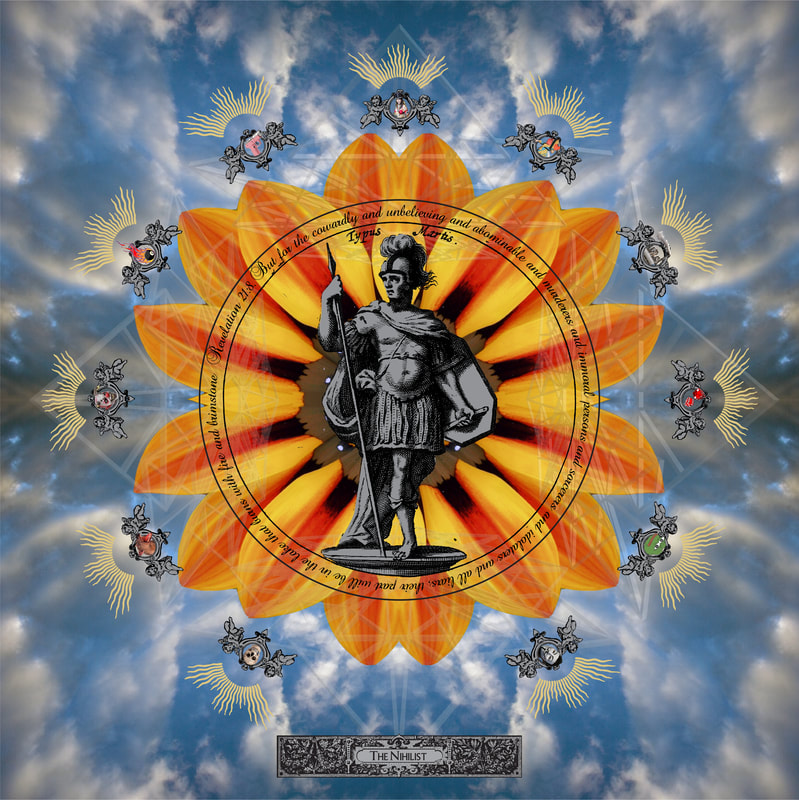 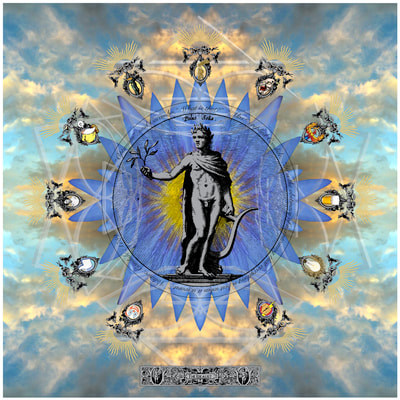 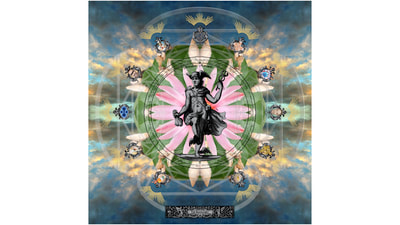 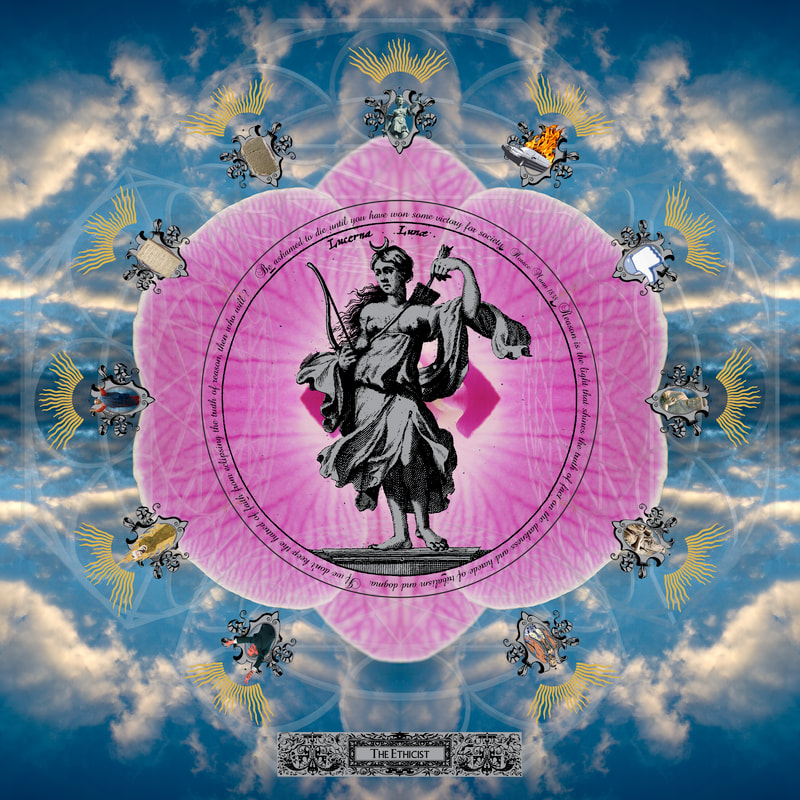 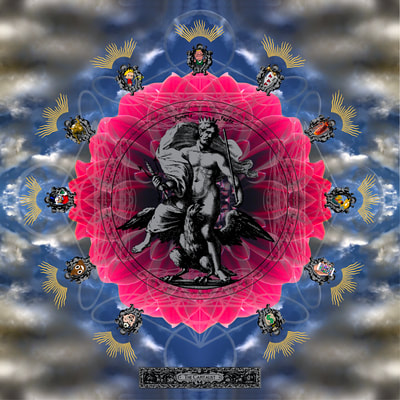 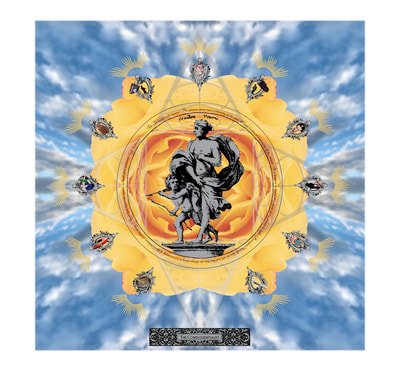